A long whoop splits the darkness, carrying across the wilderness into the inner depths of our ancient memory, raising long dormant emotions.

A symbol of all that is evil in the wilderness the hyena is the most misunderstood animal in Africa. This perception is enhanced by the sloping lope, the skulking night activity and the penchant to prey on the weak.

'Scavenger' is the term used to describe this much-maligned creature, and until relatively recently most people considered the hyena to be a creature so ugly with behaviour so reprehensible that it has been foremost in folklore for all the wrong reasons.

It was in Botswana that attitudes towards the hyena began to change, when it was discovered that in some areas such as Savute the hyenas actually killed more than lions did and that lions were as great scavengers, if not more so, than hyenas.

Due to the initial discoveries of the hunting prowess of the hyena it is now considered a super predator, and is a more successful hunter than lions are in most parts of Africa. 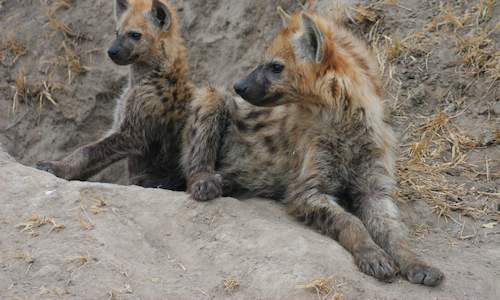 Hyenas in Botswana live in Linyanti, the south-western Delta and Savuti. They have been found to be very successful hunters amongst predator...more 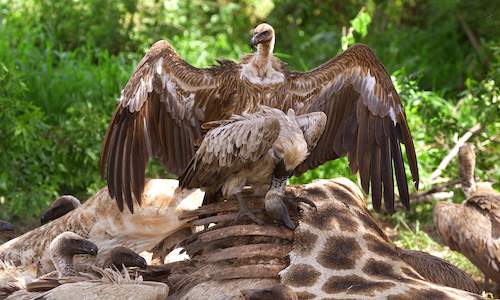 This Botswana Wildlife Guide about scavenging in the African wilderness will clear up if Hyenas or Lions are scavengers. Find out on a Botsw...more
Botswana Safari and Tour Packages
©2022 Siyabona Africa (Pty)Ltd - Private Tours and Safari