The Soul of the Delta

Mombo is situated at the top end of Chief's Island, that large spit of land running up the near-center of the delta. Mombo is near the northern-most piece of dry land in the Okavango, although during peak flood it is an island lying off the mainland of Chief's Island.

The Soul of the Delta

It is here at Mombo that the delta shows her soul, where scenic beauty hosts some of the most dramatic animal interactions on the African continent. Mombo is a combination of permanent channels and seasonal floodplains and situated as it is at the top end of Chief's Island it is one of the first places of dry land that the floodwaters reach.

Many of the nutrients carried by the water are deposited on the Mombo floodplains and for this reason, it is one of the richest areas for wildlife in the delta.

The first night I ever spent at Mombo I heard lions roaring from three different directions, a hyena lion altercation and a leopard coughing past my room. Thinking it unusual at the time I soon realized that such nights were the norm. But aside from the predators Mombo is a place of extremes. Aching beauty hosts the dramas of predators and blood side by side with the intricate workings of minute creatures that are constantly shaping the landscape.

In the heat of day the bachelor buffalo would lie up in the water on the floodplain with the ever-present egrets as company and it was at Mombo where I observed some interesting behavior I had never seen before - a fish eagle perching on the back of a buffalo. Whether this was to hunt or merely as a perch in the middle of the floodplain I could never ascertain as the eagle never made any attempt at moving during the time of observation. 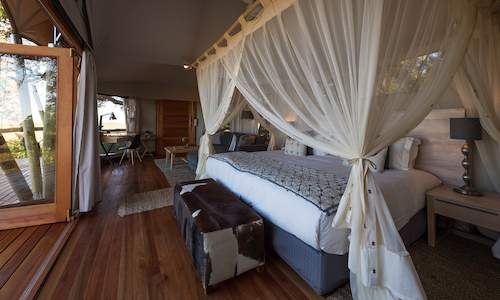 Concealed from the world and located just off the north-western tip of Chief's Island, is the secret paradise of Mombo. Occasionally an isla...more 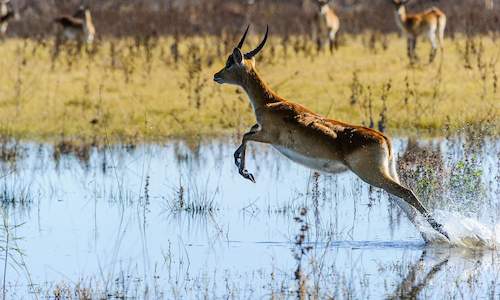